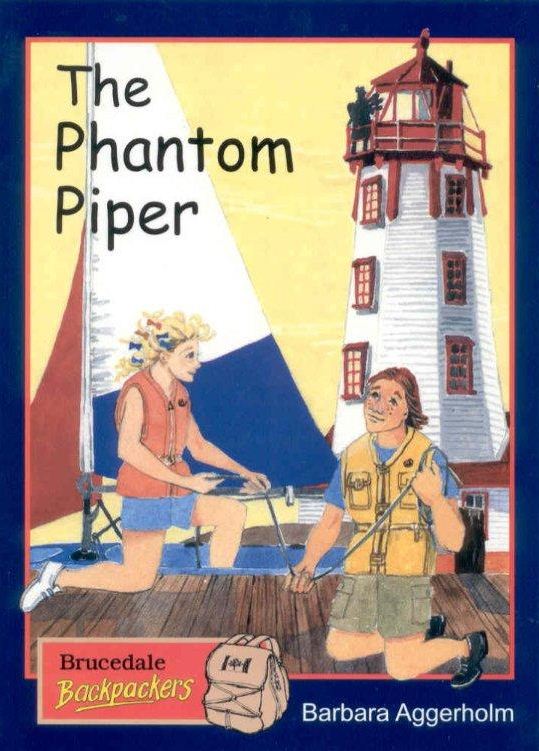 It’s David’s first night at his grandad’s in the small lakeside town where he’s staying for the summer. . .

Categories: ALL, Children [up to Grade 5]

It’s David’s first night at his grandad’s in the small lakeside town where he’s staying for the summer. . .

He missed his own room, its walls covered with posters of the Toronto Maple Leafs, his favourite hockey team. He missed the warm feeling he got when he turned the lights off and gazed at the fluorescent stars on the ceiling. When David finally tossed off the covers and closed his eyes, he drifted into a strange dream. In the dream, he struggled to keep control of a small boat while the lake rose around him. A huge wave swept over the boat. He clung to the mast as another wave bore down on him. Just as it smashed against the boat, he heard the faint sound of bagpipes. . .

For Barbara Aggerholm`s second book, look at Stowaway in the White Hurricane